Love Around the World

Wherever There Are Soldiers

In my family, there is always a good reason to celebrate the military. With cousins and in-laws and siblings, past and present, who served the U.S. in every branch of the Armed Services, missing the opportunity to commend these brave souls is not an option.

While I thought about what I might write on this 100th Anniversary of the end of World War I, November 11th, at the 11th hour, 1918, I was struck by the number of novels and stories I’ve written where the main or significant secondary characters are soldiers. I have to attribute this to my pride in my father, brother, sister, distant cousins and brothers-in-law who served their country at some of its times of greatest need.

One of the earliest documented members of my family who served the U.S. Army was Private Moses F. Verrill, 20th Maine, the Battle of Little Round Top, Gettysburg. Moses was a farmer from Buckfield, Maine.

The romanticism concerning warriors, soldiers, sailors, pilots, et cetera, is as old as civilization itself. Our fascination for fighters is prehistoric. We have honored those who are willing to take up arms to defend us. Whether they defend a cave, a field, a mud hut, a buffalo-hide tipi, a castle or a nation, their willingness to risk their lives should never be undervalued.

We, of the less brave hearts, honor and respect them with our words in stories in which we marvel at their bravery, create opportunities for their sacrifices to be explored and revered, their efforts rewarded with happily everlasting love.

Wait a Lonely Lifetime: Chapter Three: Sylviana studied the letter she had written. The period after the first paragraph didn't show how long she had hesitated. The ink hadn't soaked into the paper while she thought about how she could word what she knew she had to tell him. 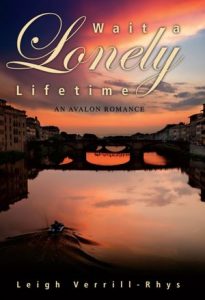